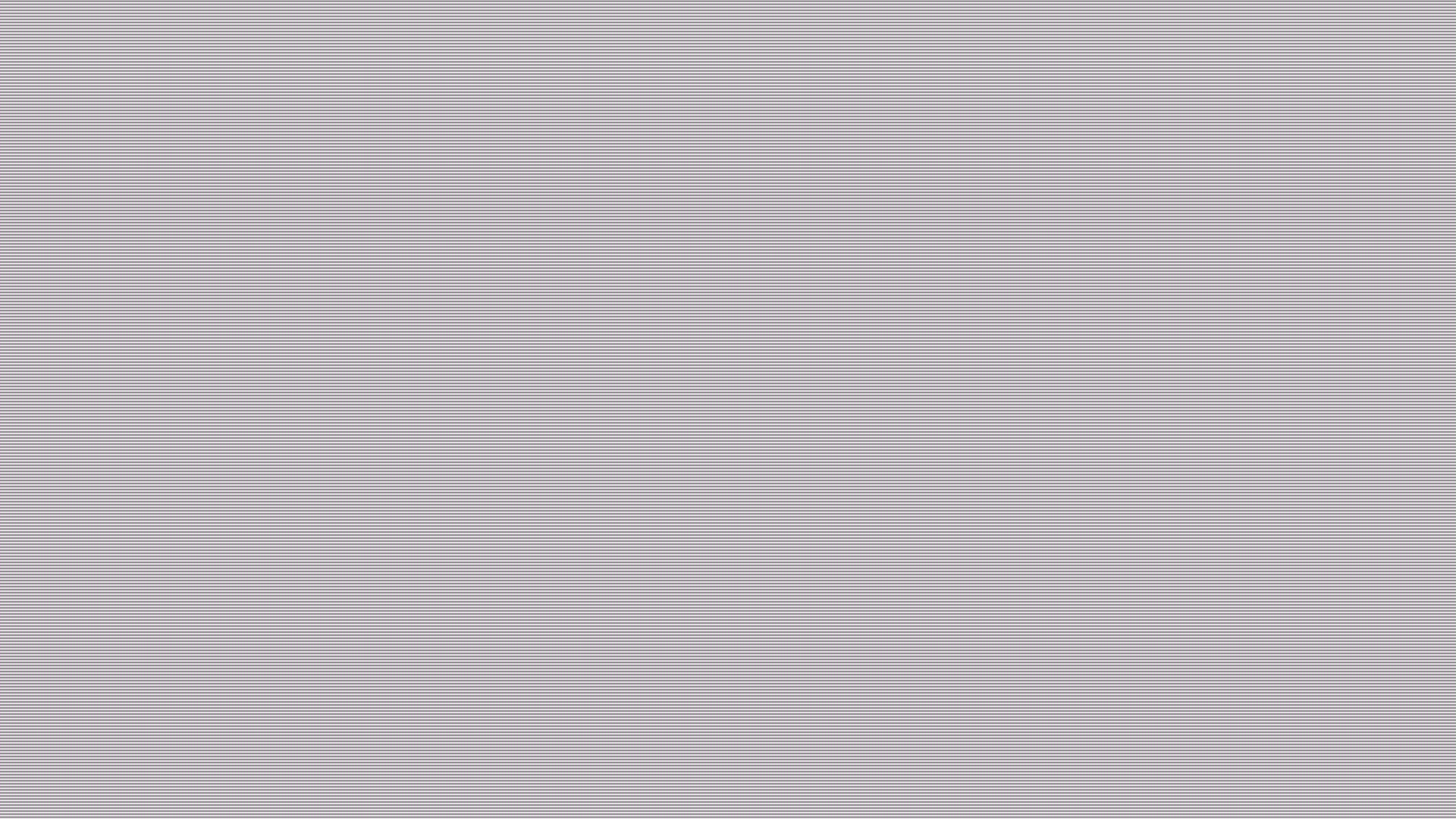 I did some rituals before bed the other night, honestly mostly for the purpose of trying to jumpstart my aura and third eye again. I've been on antibiotics for a tooth for a while that put me in a terrible malaise as a side effect, and while I'm finally starting to get used to it, the impacts up front were definite and jarring. The most exhausted I've been since I had COVID in January, honestly, and that goes for the metaphysical as well for the physical. Third-eye opening rituals with the proper artifact and my usual gnosis routine did some good to slightly recover those extra senses, but not as much as I'd hoped.

However, once asleep I found myself the subject of another shared mindspace invasion (the details of this concept can be found in other articles), as a rather mundane dream about attending a family reunion suddenly became one. My shithead uncle (not my kinda cool one, sadly) introduced me to somebody he insisted was somebody I knew, but the names didn't match and it was clear he was just a dream NPC operating on the dream's logic from before the invasion. That sudden feeling of being dragged into an SMS, like being dragged underwater without being anywhere near water, shot through me as soon as I saw her: a tall, humanoid woman, made entirely of what I can only describe as glowing and pulsating nebulas of warm colors with an overall 'deep-space' appearance, or should I say, an appearance as if she was literally made out of "space"--and yet, not QUITE. She wore clothing, but it was made of the exact same energy "material" and appeared to be a solid mass combined with the rest. Her eyes were oversized and featured thick neon rings which shone violently with a neon fuschia tone, with pitch-black voids where the whites of a human's eyes would be. She had long, somewhat messy shoulder-length hair, made of the same etheric material as the rest of her (sans-eyes).

I can't say for sure if it was because she was genuinely an entity beyond the might of any other I've ever encountered or if it was the result of my incredibly hindered aura field at the time, but I was unable to get a read on her aura. This was the first time this had ever happened to me in quite this way. I certainly encounter those with no training or latent abilities whose auras are so subtle they can difficult to detect without direct contact, but this was the opposite issue--there was so much power radiating from her that it overloaded all my metaphysical senses. Though she had shown no threat to me, my reaction to her presence was one of sheer unadulterated panic, stronger than any I'd experienced in such situations prior. I couldn't get ANYTHING but blaring static, for the first time ever. It was genuinely horrific.

Without thinking, I tried my usually tried-and-true method to snap myself awake, but to no avail--confirming this was indeed an SMS invasion. This meant, as always, there was no escape from this until the SMS was willingly dissolved from the invader's end, or they were defeated--and it was clear the latter wasn't going to happen. The NPCs in the dream weren't even reacting to her presence, which was a first in my experience with SMSes thus far. They were acting like she was whoever the hell the person the invader "replaced" in the original dream were, and like none of this crazy shit was happening. Considering they aren't real, that fact shouldn't have been worth much consideration or interest, but it further freaked me the fuck out, especially now I was stuck in here.

She approached me and my panic grew. The sheer power of her energy signature was overwhelming. It was greater than my previous SMS experiences, greater than the entity within the wooden monk, greater honestly than even Aurelia, and unlike any of the usual SMS subjects one would come to expect (most commonly succubi and dreamwalking wizards/spirits, all of which I have encounters with--not the same thing). She smiled and told me she was going to massage my etheric body to "polish" my aura. Well, "told" me--as is often the case with entities, communication was telepathic and more based in intention than in specific spoken speech in a given language.

This is when it gets weird. More arms and hands emerged, though I couldn't tell you how many as she was moving at a speed I could hardly process, as she frantically rubbed her hands (made of course of the same galaxy-like energy) in concentrated spots all across my etheric body, happening so quickly that I couldn't pinpoint where a single one ended and another began. I can adjust my own aura subtly, but I'd never felt anything like this. To say I was scared shitless would be an understatement.

I've often described frequencies, and therefore auras on the whole, as being like radio waves/frequencies and how I can do targeted magick by "tuning" to the appropriate frequencies. This particular sensation was like having my own aura's frequency changed violently like changing the tuning knob on an FM radio. It wasn't entirely unpleasant, but it wasn't exactly pleasant either. Perhaps if I ever got used to it.

She warned me then that I would have to tell her when the vibrations got too low and became unbearable. Before I could even react, I realized I was suspended in place levitating by her power, the sensation of the frequency changes growing more and more like electricity coursing through my entire being. At this point it stopped being a "jumping around between frequencies" sensation and more like somebody turning a dial up quickly with intensity. I was shrieking at this point, not really from pain, per se, but from the sheer overwhelmingness of this new sensation. As this experience peaked, I felt something I struggle to describe in words. It was as if my aura became physically tangible--heavy, visible. This was too much, becoming painful and nearly breaking all my senses, and I lashed out and demanded her to stop.

To my relief, she did. I was lowered to the ground, my aura raised back to normal, and regained my sense of balance and of my own frequency. She gleefully said something to the effect of "now we know the lowest your vibration can safely go!" as if that was a good thing. Exasperated, horrified, and still barely able to process absolutely any of what had just happened, I stumbled away from her and leaned on a piece of furniture in the boring meeting room the mundane family reunion dream had been generated for before any of this insanity had happened. As I finally took a second to look around, I realized the NPCs had disappeared and I was alone with her, whoever/whatever she was. I also noticed that I had regained control of the space. My aura had settled back into its normal frequency, but felt more charged than before, significantly.

I looked back at her, still confused out of my mind. She looked as chipper and arcane as before and basically just nodded as I exited the dream and eagerly jarred back into my physical body and the "real" world. To my absolute bewilderment, my aura retained its charge and was actually back to tangible, plus at a full charge (though not an overcharge, for better or for worse), for the first time in days. Incredulous, I took a minute to try to wrap my head around what had just happened, gave up, and quickly made the notes I'd use to write this piece the next day.

As for explanations--I got nothin'. She didn't seem to be malicious, I suppose, since she could have easily killed me, drained my aura, etcetera and didn't, instead leaving me with more charge than I had going into the situation. Some day I'll write more in particular about my other SMS experiences (I've only really gone into detail on this one and on the whole Aurelia saga so far), but suffice to say none of them informed the context of this one at all or had anything in common aside from the basic mechanics of an SMS invasion. And unlike with universal classes of entities people encounter, or a given named entity that others have given accounts of like with Aurelia, I've never really heard or read anything about anything similar happening to any other magicians, nor was I given a name or a motive or literally anything beyond the tidbits I've already shared.

For now, I'm considering it a one-off astral anomaly, the kind of thing that you just kind of have to accept happens when you get this deep in this shit and do rituals and magick that act as a beacon to other planes and beings. If anything else ever comes of this particular encounter, however, I will certainly write a follow up entry. I thought the same of Aurelia at first, after all, until I started finding the other accounts of other encounters... so who knows. Maybe I'll look back on this as some major turning point in my overall occult journey. But for now--I'm just relieved to be able to feel my own aura again, and at the proper frequency.